Debugging with Polly in Visual Studio

When you define a Polly exception-handling policy, the policy will internally catch matched exceptions and handle them as the policy defines: orchestrate a retry; update circuit-breaker statistics; or channel execution to a fallback.

Debugging such executions can however be noisy in Visual Studio: commonly-used settings cause Visual Studio to break on each exception the policy handles.

This article describes how a better experience debugging with Polly in the mix can be achieved by configuring Visual Studio debugger settings to break on Just My Code, to continue on so-called user-unhandled exceptions, and by specifying whether to break depending on which module throws the exception.

First, you likely want to set the debug setting 'Just My Code'.

Configuring the debugger for 'User-unhandled' exceptions Many have commented that Visual Studio's terminology user-unhandled is confusing.

Rather, the debugger may break saying an exception is user-unhandled if the exception is first handled by non-user code. Reference: https://blogs.msdn.microsoft.com/visualstudioalm/2015/01/07/understanding-exceptions-while-debugging-with-visual-studio/.

The debugger breaks by default on 'User-unhandled' exceptions

If an exception is going to be handled by non-user code (for example a Polly policy), why then does the debugger (by default) break for it?

It does this (per MSDN) so that you still have a chance to see the exception at source where it occurred - it is an exception, after all.

However, this behaviour is what can make step-debugging with Polly noisy. For instance, if you have five retries configured and all fail, step-debugging this will break all six times (first try and five retries) the exception is thrown.

To reduce the noise when step-debugging exceptions handled by a Polly policy, in both Visual Studio 2015 and 2017 you can adjust debugging settings to specify that you do not want to break when a given exception type is 'user-unhandled'.

Follow the instructions here to not break when a specific exception is user-unhandled (ie handled by Polly) in Visual Studio 2015, section Using the Context Menu

Follow the instructions here to not break when a specific exception is user-unhandled (ie handled by Polly) in Visual Studio 2017, section Tell the debugger to continue on user-unhandled exceptions

For example, when using a Polly policy to handle System.Io.IoException, you might specify not to break when this is 'user-unhandled' (as we learnt above, this includes 'handled by Polly').

Image via https://docs.microsoft.com/en-gb/visualstudio/debugger/managing-exceptions-with-the-debugger: Follow the instructions under Add conditions to an exception

If for example you are using Polly to handle exceptions thrown by a third-party library or particular System.*.dll, you could use Visual Studio's fine control to specify that the debugger should not break when the exception is thrown by that library. However, if the exception was unexpectedly thrown elsewhere in your code, the debugger would continue to break.

Earlier VS versions: The [DebuggerNonUserCode] attribute

Another option to smooth debugging in earlier versions of Visual Studio is to specify that certain code is [DebuggerStepThrough] or [DebuggerNonUserCode]. One intended effect was that the debugger would not break on exceptions in code marked with these attributes. Polly's .Execute(...) overloads are marked with this attribute for this reason.

As this issue explored, performance changes in Visual Studio 2015 meant this no longer worked out of the box - but can be re-enabled with registry hacks.

We have not yet verified whether Visual Studio 2017 reverts to the original behaviour of not breaking on [DebuggerStepThrough] or [DebuggerNonUserCode], or still requires the registry hack.

Breaking on a 'first-chance' (or user-unhandled first-chance) exception means that the debugger breaks at the first chance after the exception is thrown (if configured to do so), even if you do have a try/catch that will handle that exception. 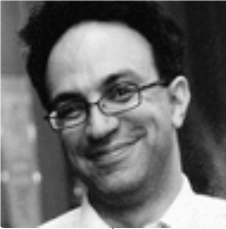 About Dylan Reisenberger
United Kingdom Website
Dylan is the lead contributor and architect on Polly, and the brains behind the roadmap, which is seeing Polly growing into the most robust, flexible and fully-featured resilience library for .NET!
Previous Post : Policy recommendations for Azure Cognitive Services   Next Post : Why does Polly offer both non-generic and generic policies?

getting startedintroductionroadmapupdates
Copyright © 2021, The Polly Project. All Right Reserved